The Hunter has been created by a hunter for hunters.

The Hunter is independent and aims to provide thorough reviews and honest opinions.

Our mission is to become the most comprehensive and leading voice on New Zealand’s hunting literature.  Established in 2014, we aim to publish reviews and commentary on new release hunting books written by New Zealand authors. Over time we will review all currently published hunting books, and ultimately back-review all books ever written on the subject of hunting in New Zealand.

A book may be likened to a bottle of wine in that guests do not wish their host to tell them his life’s history before opening it, nor to descant on the reason why that particular bottle of wine was made. They desire that the cork be drawn and the wine submitted for their judgement. Should it prove to be good wine, they appreciate its flavour; but if it be ‘corked’, they quickly detect that fact and put it aside.

And so with books.”

“What animal is that logo?” you might be thinking. Well, it is called a chamois (Rupicapra r. rupicapra), an alpine species originally from the European Alps and released in New Zealand’s Southern Alps in 1907. 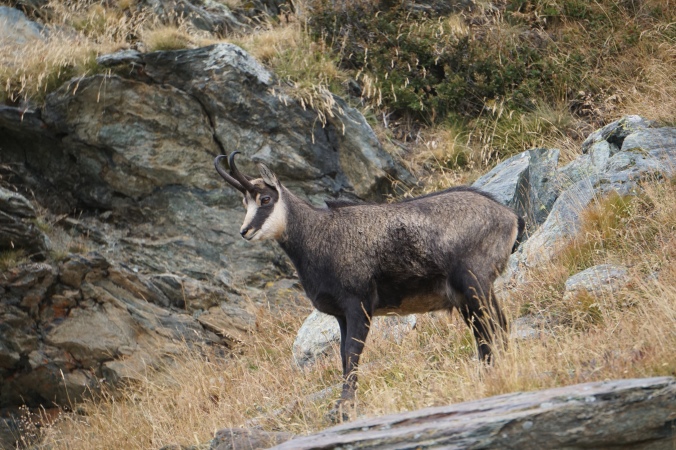 Stag following a hind.
Young red stag.
An old doe chamois and her kid feeling safe on a rock ledge.
Saw a few chamois while after stags. Bucks aren't with the nannies yet.
And a mighty red from Nelson Lakes to finish off a great roar this year.
My 11pt red stag head is the result of a great week's deerstalking. Love being in New Zealand's backcountry. Love hunting. I hope everyone else had a roar to remember.
The new Zeiss RF binos helping to get the job done.
Getting roar ready for 10 days in the Southern Alps after stags and my new Zeiss rangefinder binos arrived in the nick of time today. I've been thinking of upgrading and the specs on the Victory RF 42s had me sold! I'll be packing all night to make the ferry tomorrow!
My NZDA membership card has arrived! Proud to be part of an organisation that works in the best interests of recreational hunters. I'm really enjoying my role working full time for hunters and helping make exciting changes, like all the discounts that come with NZDA membership this year.
In my spare time I'm helping save NZ's hunting history as a volunteer. Ever since I got involved with the NZDA National Heritage Trust a few years back it has been a full time job on top of a full time job! This is the end point of getting a majestic Fiordland Wapiti bull from the late Harrison collection onto the wall and displayed. It is one of the few 400" bulls ever to come out of Fiordland. The head is from the Pitt Valley. My good buddy @wattiesauce is the other main driving force behind this project. Check out @nzdanht to see more. The head was mounted by NZ Taxidermy and the awesome team out of Christchurch (NZDA members get a discount for mounts too!).
Tested myself and my 7mm08 rig in a 200m shoot today at the NZDA Wellington Branch rifle range, known as the Hong Tse. It was really good fun and the ultimate test of your shooting skills, without any aids or rest. Join a branch and get involved as it's great practice.
Two cleaned up chamois buck heads equals one happy hunter.